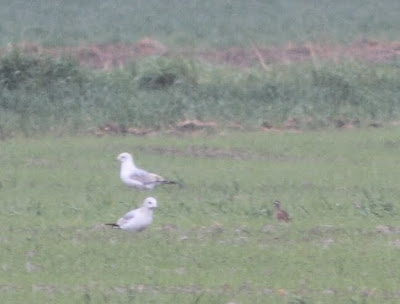 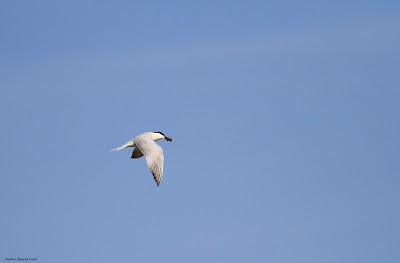 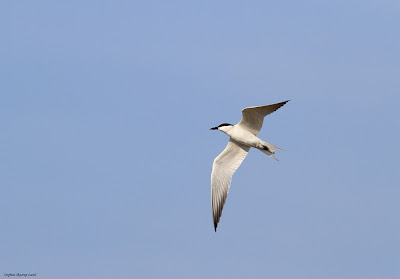 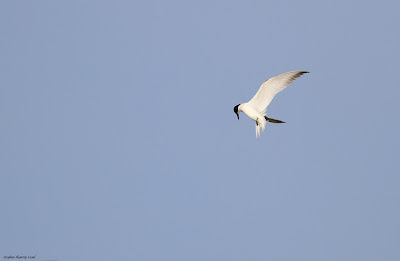 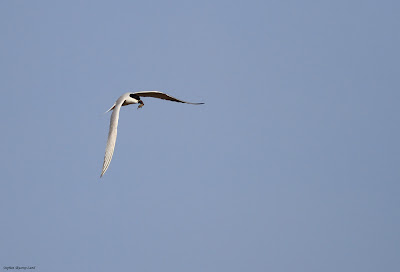 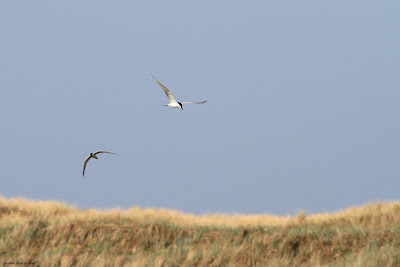 Got up early (0545) to do a little walk before breakfast which gave Lilac-breasted Roller, Montane Oriole, Common Rock Thrush and Red-fronted Barbet. After breakfast we went out in the eastern part of the reserve. Quickly we found a Grashopper Buzzard perched in a roadside bush allowing close views. After that we had good views of mammals and birds almost constantly the rest of the day. Highlights included White –and Black-bellied Bustard, Shelley’s Francolin, Short-tailed Lark, Fischer’s Sparrow-Lark, Red-faced Crombec, Arrow-marked Babbler, Golden-winged Sunbird, Taita Fiscal and Purple Grenadier. We had a good selection of mammals as well Eland, African Buffalo, Bushbuck, African Elephant, Reticulated Giraffe, Black-bellied Jackal, Cheetah (5), Beisa Oryx and Black –and White Rhino. The highlight of the day being one adulte female Cheetah with four very young cubs seen seeking cover from the sun. The cubs were still in their juvenile coat with black sides and white back with only the head actually resembling an adult Cheetah. The juvenile Honey Badgers as these are highly respected for their aggressive behaviour amongst the other animals of the savannah. 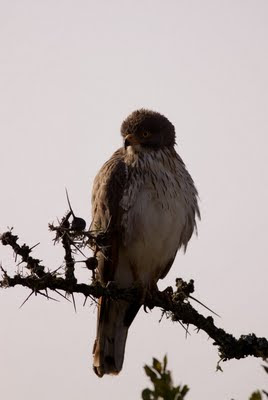 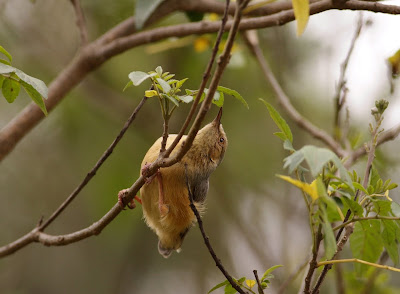 22/3 Red-faced Crombec at Sweetwaters. Only one seen during my trip.

After lunch we left Sweetwater for the quite long drive towards Nakuro. The drive included a long stretch over some big grassland areas. Here we got Jackson’s Widowbird, a majestic Secretary Bird, a very attractive group of 50 Grey Crowned Cranes and three Greater Kestrels. The northern Aberdares is home to the Mackinders race of Cape Eagle Owl. As we approached one of the owls favourite hang outs a local naturalist called John appeared on the roadside. The owl had moved about a kilometre and he was there to show us the excact spot of the daytime roost. We parked a kilometre ahead after having brief views of a Cinnamon-breasted Rock Bunting at the roadside. In the small valley we quickly found the owl and added Lesser Honeyguide, Grey-capped Warbler and Grey Woodpecker as well. 27 pairs of Eagle Owls nest in the northern part of the Aberdares and John works for a conservation project trying to keep the conditions good for the owls. Visiting Birders contribute to this work by paying a small amount to see the owls. The money goes to conservation but also to a clean-water programme for the farmers that kindly let birders go through their land to see the owls at their favourite hang-outs. The rest of the day was spent en route towards Nakura where I spent the night at Hotel Kunste in the city centre. 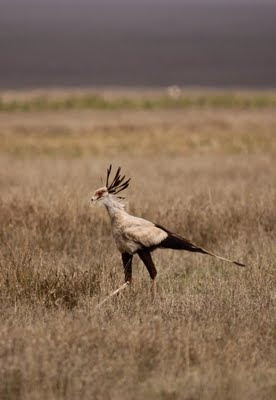 22/3 Secretary Bird southwest of Sweetwaters. I saw two of these mythical birds during my trip. 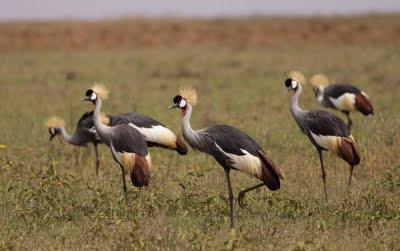 22/3 Grey Crowned Crane southwest of Sweetwaters. These birds were part of an impressive flock of 50 birds. 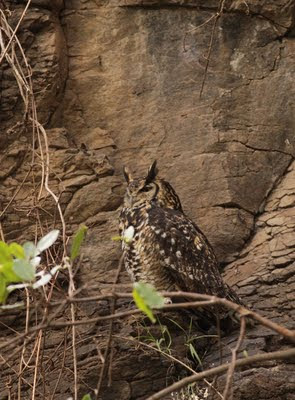