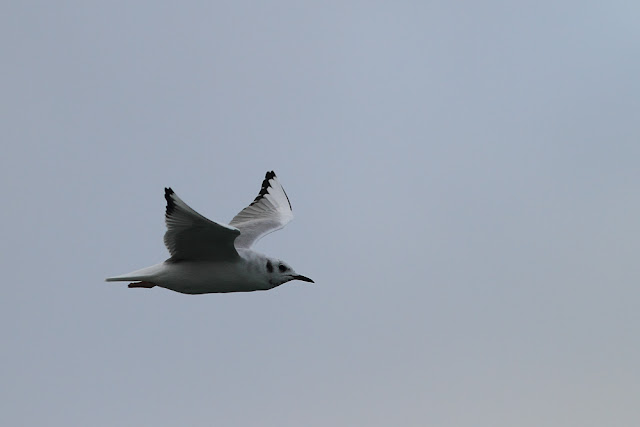 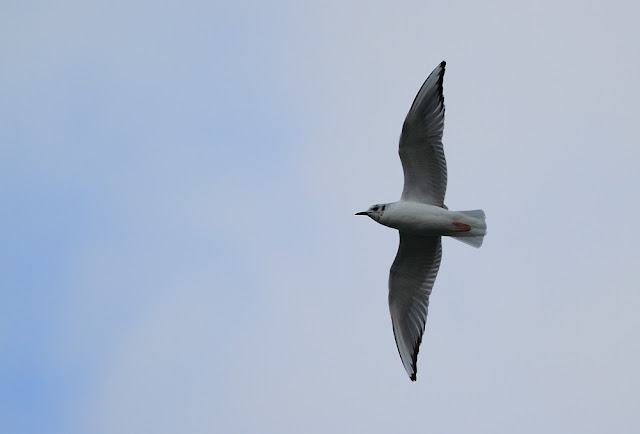 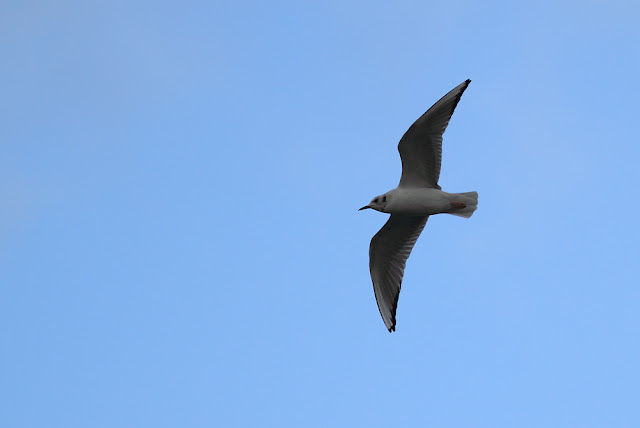 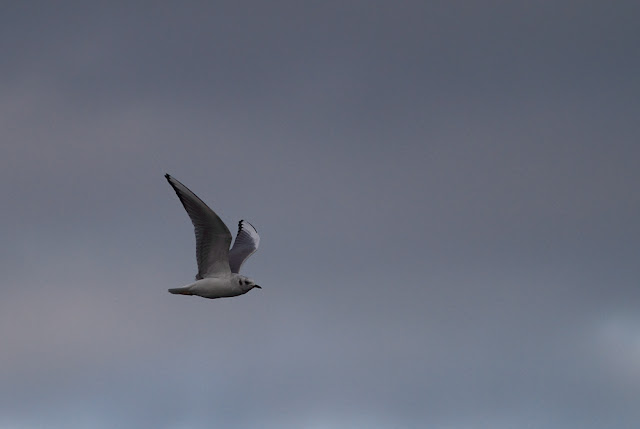 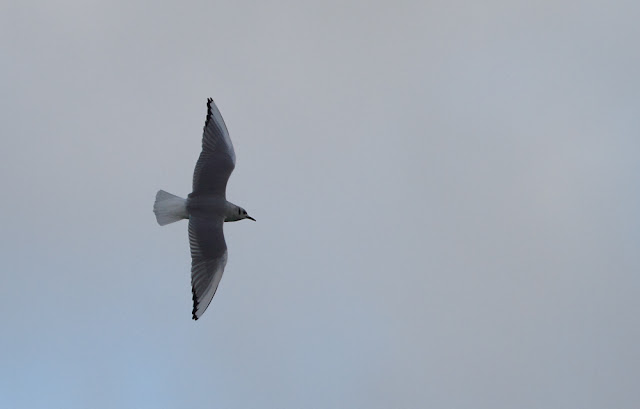 The bird was refound at Grønningen on sunday the 6/11 by HKR and FSH. The bird was frequenting the same bushy area as on the day before. The bird was heard several times always giving the same chatter reminiscent of a mixture between Tit and Sardinian Warbler.
A permission from the Zoological Museum in Copenhagen to try and ting the bird was obtained and a net was placed between its two favourite bushes. Several birders were now on site all having succesfully twitched Denmarks third ever Black-eared Wheatear (second record of ssp. hispinica, a potential split from the eastern race melanoleuca) at Thorsminde first. The bird went missing for an hour before Martin Søgaard relocated it in its favourite bush. The two bushes were sourrounded and soon after a bird flew into the net, a Wren.... The disappointment was enormous. That only lasted for five seconds as the Lesser Whitethroat flew out of the bush and into the net. The bird was quickly secured and put in a bag. What seemed to be an impossible task had turned out just as we wanted it. The bird was taken to Blåvand Fuglestation for measurements and photos whereafter it was released at the same spot as where it was caught. A feather was taken for DNA-analysis. The following day the bird was still present in the same area (OA).
Please do comment on the bird
﻿
﻿

This interesting Lesser Whitethroat was found by Henrik Kristensen on Grønningen near Blåvand in the afternoon on 5/11. It gave a very sandybrown overall impression. The bird was seen foraging on the ground several times and flicked its tail often when seen foraging in bushes.
The bird only called once with a rattling chatter. Six birders manage to see the bird before darkness.
Please do comment on the bird.

Left Neot Hakikar at 0530 to eat breakfast at little lake just south of the Dead Sea. The lake is situated one kilometre north of the Harava Junction on the eastern side of the road. Reedbeds surround the lake and these need to be scanned thoroughly in order to find Clamorous Reed Warbler and Dead Sea Sparrow. We found a big flock of Dead Sea Sparrows roosting in the south-western part of the reed beds. The birds flew out of the night roost at 0615-0630. Clamorous Reed Warbler sang during the entirety of our visit but we had to work hard to see one. The lake should also be a good place to spot spotted/little crake though we did not see any during our visit. A Ferruginous Duck was a nice find though.
Some big cliffs extending for kilometres along the south-western shores of the Dead Sea holds a large breeding colony of Pallid Swifts and we saw 1000’s of birds as we passed going north during the morning.
A small lake near Nehe Sowar (there is a gas station) should be a good place for Dead Sea Sparrow but we did not have time to check this.
En route to Wadi Mishmar we passed several small wadies and added Tristams Starling, Blackstart, Rock Swallow, Nubian Ibex and Dorcas Gazelle but do not use time here even though it might be hard. These species were all common later on.
Wadi Mishmar is probably the best and most unspoiled of the wadi’s south of Ein Gedi. Be sure to go the end of the dirt road to park the car next to a small fenced area. Fan-tailed Raven, Arabian Babbler, White-Crowned Black Wheatear, Cypress Warbler, Eastern Orphean Warbler, Bonelli’s Eagle, Scrub Wabler, Blue Rock Thrush and Rock Hyrax. Half of our group also saw Mountain Bunting. The Wadi should also be good for Sinai Rosefinch.
Ate lunch at the visitor centre at Ein Gedi which did not produce anything new. Did some shopping in the Kibbutz and headed southward. Near Masada we found two Pale Rock Sparrows.
In Shizaf Reserve we met up with Oded Kenyan. Shizaf Reserve has several breeding pairs of Arabian Warbler. On our way to the warblers Oded showed us a Spiny-tailed Lizard which was truly amazing. Unfortunately we could not locate any warbler maybe do to the fact that we arrived late in the afternoon. Remembering Odeds youtube-videos that he had send us while we were still in Denmark we quickly decided to give it a go again the next morning.
In the evening Oded gave us spotlighting trip around the Shizaf area. It was quite productive with Arabian Wolf (probably of the small desert subspecies), Cape Hare and Lesser Egyptian Jerboa 2 being the highlights. Spent the night at Harezeva
Indsendt af SSL Ingen kommentarer: